Gut feelings – gut microbes contribute to our MOOD and BEHAVIOR 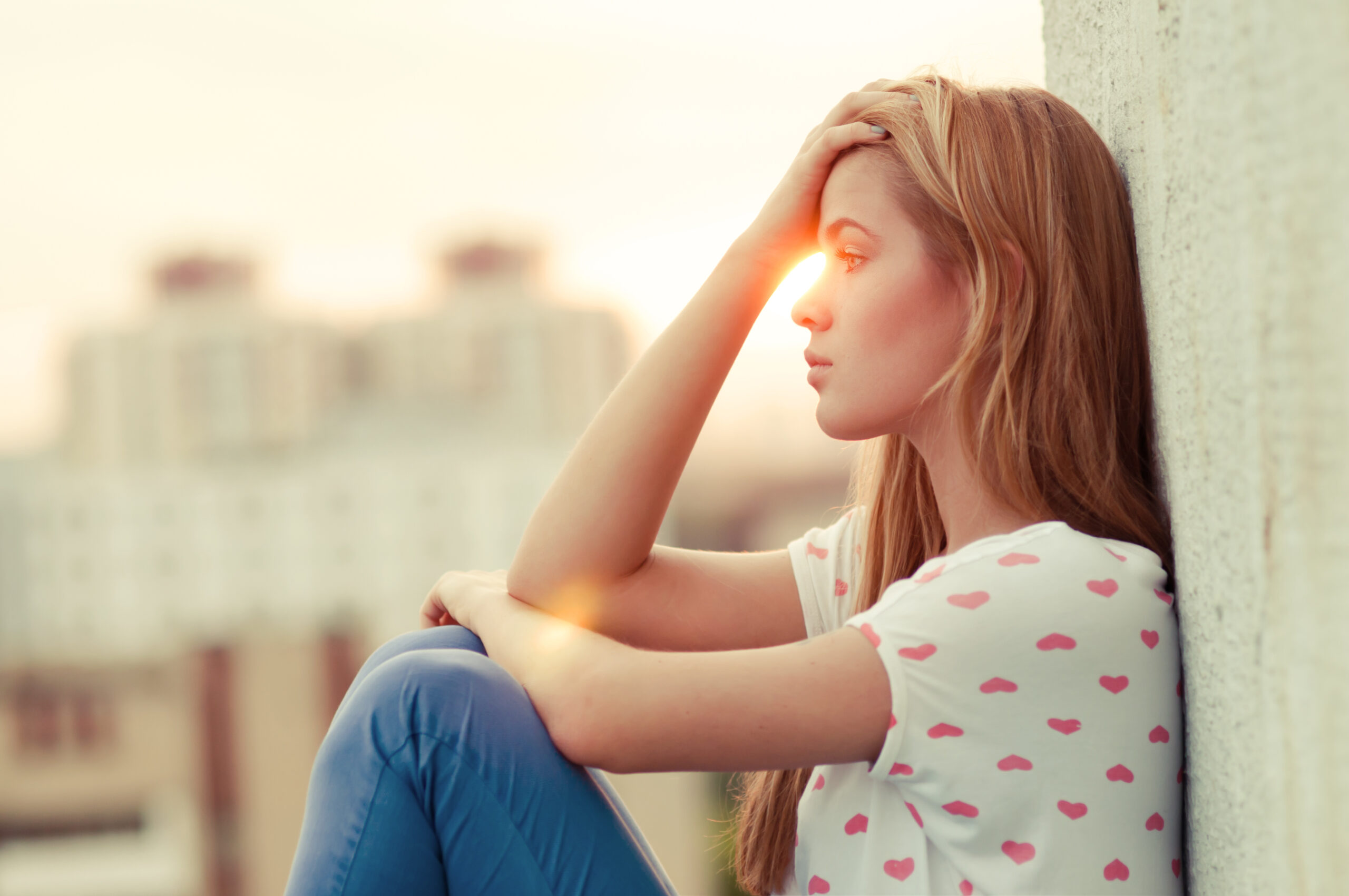 It seems weird to think that our gut microorganisms may have something to do with our mood and our behavior. We know now that they play a role in many diseases, but do they also have a say in how we feel? Actually, yes, they do! There is a growing number of publications on the subject and I was prompted to write this piece after reading a recent (April 2015) article about the effect of probiotics on the activation of negative thoughts associated with sad moods. Please read on if you want to find out more about the results of this study.

In the human body, in nature, nearly everywhere, microorganisms form complex and sophisticated communities of cells that communicate with each other by means of a special language, a sort of microbial language. They produce so called “language" molecules that they can sense and respond to accordingly. During my doctoral research, one of my study topics was to look at the signaling (“language”) molecules of Pseudomonas aeruginosa, an opportunistic human pathogen. It uses the signaling molecules to communicate with other bacteria of the same species or other species, to switch on and switch off certain genes/functions. The great spectrum of molecules produced by bacteria plays various functions within the bacterial community itself and within their host, affecting thus other bacteria and affecting their host, for example a human body. There are up to 1000 microbial species in our gut and the molecules produced by these microorganisms help them to occupy certain intestinal niches (neighborhoods), to compete with other microorganisms for food, to communicate, to establish their role within the community or to become virulent (pathogenic). These molecules may comprise signaling molecules (“language” molecules), virulence molecules (making them virulent), various metabolites, neurotransmitters (they transmit the signals within the nervous system, such as serotonin, dopamine, norepinephrine), and many more. Microbial molecules may – via multiple routes – influence communication with our brain and even influence brain function. This gut-microbial pathway of communication is called a Brain-Gut-Microbiota axis.

How do gut microbes shape our behavior?

It has been suggested that without our microbial gut friends, we wouldn’t be able to develop our brain properly, and that our social abilities are also influenced by the gut microbiota. Molecules produced by bacteria can influence our mood and behavior as shown in studies with rodents. For example, germ-free (without any bacteria) mice are socially impaired with autistic-like behavior, they are anxious and they also have significant cognitive deficits in memorizing, recognizing, and learning. Interestingly, other studies showed that behavioral traits can be influenced by microbial transfer between species. For example, the transfer of gut microbiota from anxious mice to normal mice led the development of anxious behavior by normal mice. It has also been indicated that the microbial gut composition at early age plays a role in the development of an appropriate stress response later in life.

As mentioned above, scientists have identified a number of molecules (such as serotonin or corticosterone) that may be involved in neural signaling, but there is still more research needed to unravel the entire puzzle. One piece of the puzzle points to 95% of a neurotransmitter serotonin (commonly considered to contribute to the feeling of happiness and wellbeing) modulating the gastrointestinal tract motility and mood is being produced by microbial organisms present in the gut.

Recent findings indicate that the gut microbiota plays a role in Autism Spectrum Disorders (ASDs). ASDs refer to neurodevelopmental disorders with impaired social and communication skills. The presence of autistic symptoms has been associated with overall lower microbial gut diversity. The lower microbial diversity could be a result of the westernization of our lifestyles, also the use of antibiotics. Gastrointestinal complaints, such as constipation or diarrhea, are very common among autistic children. Moreover, autistic behavior has also been associated with certain metabolites produced by the gut microbiota. In autistic-like mice, the presence of a number of bacterial gut metabolites affecting neuro-behavior have been higher than in normal mice.

Could Probiotics affect our mood or help in dealing with depression?

Many questions are being asked nowadays as to the effectiveness of probiotics, and many studies are being conducted to answer these questions. The preliminary results from rodent and pre-clinical studies shed some light that probiotics indeed may have a therapeutic effect in regulating stress levels, anxiety or depression.

A probiotic strain Bifidobacterium infantis 35624 was found to have an antidepressant effect in adult rats with depressive-like behavior. This probiotic effect was comparable to the effect of the commercial antidepressant citalopram. Likewise, probiotic Lactobacillus rhamnosus JB-1 reduced depressive-like behavior and anxiety in otherwise healthy mice. The results of another animal study showed that ingestion of Bifidobacterium breve NCIMB702258 led to the increase in two (AA, DHA) fatty acids within the brain, which could be clinically important in cognitive functions such as learning and memorizing. Moreover, the treatment of autistic-like mice with Bacteroides fragilis resulted in improved communication, improved sensorimotor behaviors and decreased anxiety.

Also encouraging results, though very limited yet, come from human studies. Participants of one study who ingested a probiotic product containing Lactobacillus helveticus R0052 and Bifodobacterium longum R0175, for one month, were less psychologically distressed than the control group. Another study showed that daily intake of Lactobacillus casei Shirota for 2 months resulted in reduced anxiety in patients with chronic fatigue syndrome. Moreover, consumption of a fermented milk product containing 4 probiotic strains* by healthy females, for 4 weeks, showed altered activity in emotional brain centers as determined by the functional magnetic resonance brain imaging. Interestingly, consumption of prebiotic (soluble fiber – oligosaccharide - that stimulates the growth and/or activity of friendly gut bacteria) by healthy individuals was associated with lower levels of salivary cortisol (released in stress) upon waking and improved attention to positive versus negative stimuli based on an emotionally-oriented task.

Probiotics in the pursuit of happiness?

As mentioned in the beginning, Dutch scientists have studied the effect of probiotics on the development of sad moods. In this clinical study, 20 healthy participants were given a multispecies** probiotic cocktail for a period of 4 weeks, to investigate its effect on cognitive reactivity (vulnerability marker of depression) to sad moods. A control group of 20 healthy participants received a placebo (no probiotic strains) for the same period of time. Enrolled participants had no psychiatric or neurological disorders, and no depression.

Based on questionnaires completed by all participants, researchers found that the probiotic-participants had, in comparison to the placebo-participants, decreased overall reactivity to depression, aggressive and ruminative thoughts. This results indicate that probiotics may have a potential to reduce negative thinking associated with sad mood. This study did not look, however, at the diet regimen of its participants and the dietary element may be an important factor influencing the findings of the study. The study results certainly bring to the table a promising alternative in the management of neurological and psychological conditions, but further research is required before we start taking probiotics in prevention of sadness or the treatment of depression. It is important to keep in mind that not all probiotics are the same and different probiotic strains may have different effect on their host.

Low diversity within the gut microorganisms, exposure to antibiotics and chemicals, gut dysbiosis, a poor diet, or genetic factors can affect molecules (type and quantities) being produced by our gut microorganisms. These molecules, just as certain foods or drugs, may in turn facilitate certain moods and/or behaviors. The gut microbiota influences our brain chemistry and consequently our behavior but we shouldn’t blame these guys solely if we feel sad or are depressed. It is much more complex than we realize!

PreviousGut Microbiota – an unappreciated organ
NextRight from the start: gut microbes in infancy