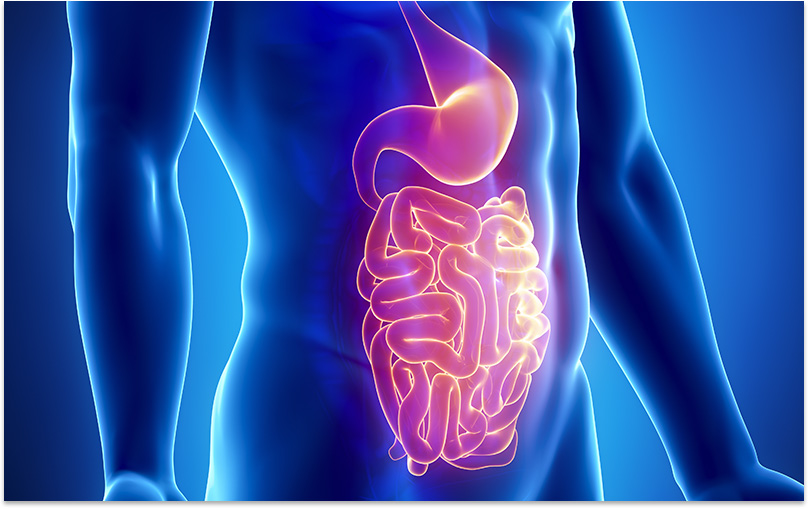 Microbiota – Behind the scenes

Our present day knowledge of microbiota began with the pioneering work of Russian scientist Élie Metchnikoff, winner of the 1908 Nobel Prize, who explored the ageing process and intestinal bacteria. It wasn’t until the 1970s that scientists began to publish about the importance of these intestinal inhabitants to the wellbeing of the human body.

Our microbiota comprises of commensal (native) and transitional (just passing through) microorganisms. Transitional organisms typically include non-fermenting gram-negative-bacili from the environment, contracted through food and drinks. They travel through our digestive system mostly harmlessly, and are eliminated with feces.

Indigested probiotic organisms are transient; some strains may colonise the gut temporarily, but will eventually be expelled a few days after their consumption.

How does it develop through life? How do we get all these microbes?

Until recently it was believed that our digestive tract is sterile until birth. Recent findings, however, indicate the presence of bacterial commensal species already in the fetal environment such as amniotic fluid, placenta, or meconium. But babies indeed acquire most bacteria during and after birth, bacteria occupy then the newborn’s skin and mucous membranes, including the digestive system. Babies will, in no time, contract various microbes. The microbial fingerprint of a baby is determined by many factors, including the method of delivery (vaginal or C-section), the environment during the birth (hospital or home), hygiene, the health status of the mother and her own microbiota, the baby’s health status (including genetic factors) and the method of feeding. Once the baby is exposed to new foods, the number and diversity of gut microorganisms will change, and stabilize by around 3 years old, to resemble the adult microbiome. The exact composition of gut microbes is, however, unique to every individual.

How stable is our gut microbiota?

Our gut flora, the core bacteria, is relatively stable throughout our lifetime. However, there are many factors that will challenge, boost, change or disrupt our gut microbiota. Many of these factors are hard to avoid in westernized societies.

Potential dangers to the gut flora:

Some numbers to digest

Our gut is home to hundreds of trillions of microorganisms, between 500 and 1,000 different species. More than 99% are bacteria, and the remaining organisms consist mostly of archaea, fungi, protozoa and viruses. Together, they weigh about 1,5-2 kg, and the majority resides in the colon. There are about ten times more bacterial cells than human cells within you and the gut microbiome contains more than 3.3 million genes, about 150 times more than the human genome. About 60% of dry mass of human feces is of bacterial origin. Our intestine harbors about 70% of our immune cells, and more than a hundred million neurons connected with the brain.

What has gut microbiota got to do with the immune system?

Our immune system is constantly exposed to various stimuli and has to interpret and respond to them adequately. It protects us from harm by distinguishing between invaders (such as pathogens) and harmless stimuli. These white blood cells keep a close eye on events, especially in our intestines, as this is where the immune system can scrutinize most of the microbes and molecules entering our body from air, food and drinks. Most of the time, our immune system will watch and tolerate without raising the alarm, waiting until invaders show up. Once a harmful trigger is detected, the immune system will activate an appropriate cascade of responses.

So, what does our gut – our microbiota – have to do with the immune system? About 70% of the human immune system is located within the intestines, protecting us from pathogens and various antigens. If gut tissues are intact and healthy, bacteria and harmful particles will have limited chance of entering our blood flow and causing an immune response. On the other hand, if the gut is compromised it gives way to invaders, allowing undigested food to enter the tissues.

The intestinal lining serves as a physical barrier, interacting with the gut microorganisms which live in it. These friendly gut inhabitants positively regulate immunological responses within the gut and throughout the body, stimulating the immune system to help rather than harm us. That’s why microbiota is a key player in our health. A microbiological balance in the gut encourages a balance between inflammation and healing. If things get out of control (pathogens, poor diet, and disease) it leads to inflammation and disease. Long term gut dysbiosis and consequently immune imbalance may contribute to microbial infections, digestive problems, allergic disease, neurological complaints, and more.

Having a gut feeling suggests that the brain communicates with the gut and the gut communicates with the brain. This connection and communication allows you to feel butterflies in your stomach when you are nervous, causes stomach cramps and diarrhea when anxious, or makes you drunk after alcohol consumption. The two systems (nervous and digestive) communicate with each other, like two way traffic. The nervous system running through the digestive system is called the Enteric Nervous System (ENS). The vagus nerve connects the brain directly to the digestive system, which can actually function entirely on its own and is often therefore called the second brain. In the event of gut dysbiosis, the digestive system may become inflamed, which is then communicated to the brain and may result in certain behavioral changes or diseases such as depression, fatigue, anxiety or migraine. For example, people with irritable bowel syndrome or celiac disease will often have depression or anxiety.  Most autistic people have digestive complaints as well. Conversely, the brain will communicate certain behavioral changes to the gut, which in turn will respond, for example by altering gut flora and/or becoming inflamed. The neurotransmitters (serotonine, neurotensin, nitric oxide, substance P) working in our gut, also work in our brain.  So, we have a circuit: brain-gut-brain-gut.

Do we underestimate the role of microbes in our health?

Yes, we probably do, but there is a growing body of evidence that these little creatures, microbiota, carry out specific functions essential for human wellbeing. We have only now come to realize how complex and unappreciated their role and function in our lives is. Our gut microbiome coevolves with us and influences our metabolism, physiology, nutrition and immune function. The pool of these microorganisms functions much like an organ, by collectively performing important metabolic activities. We should certainly give them a high five for the amazing job they do within us!

NextGut feelings – gut microbes contribute to our MOOD and BEHAVIOR