How gut bacteria can contribute to the extra weight 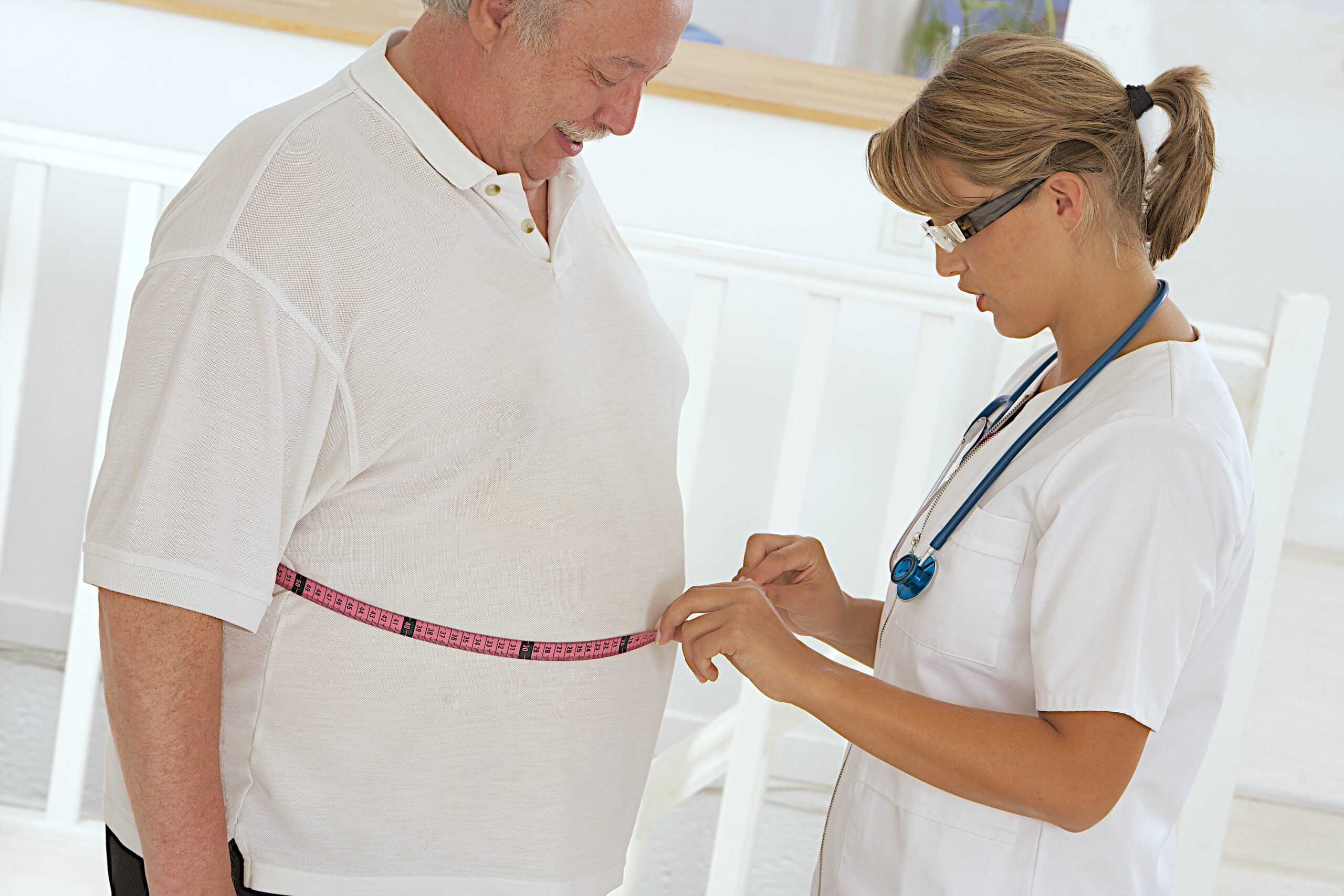 Linking the gut microbiota to obesity and diabetes

Have you ever envied skinny people who eat a lot of unhealthy foods yet remain slim-figured? People often say it’s because of genes or better metabolism, but that’s not the whole story! Whose metabolism are they talking about? The person’s metabolism or the metabolism of their gut microbes?

INTERESTED? First, let me explain that our intestinal microorganisms coevolved with us to support our physiology and our metabolism. Our body constantly communicates and cooperates with them. When our microbes, the so-called “internal garden,” are in a state of balance and when operate at peak efficiency, so do we and our metabolism. When things get out of balance and we suffer from microbial gut dysbiosis, it directly affects our health and our weight. To achieve and maintain a healthy weight it is essential to take care of our microbial selves. You may have, for example, difficulties in losing weight. Until you address your microbiome, you may be trapped in a vicious circle of dieting because you are missing an important player in a game — the gut microbiome. Let’s see how these microbes may contribute to weight control.

Recent studies indicate that gut microbes contribute to our energy harvest, storage, and spending. This process is optimal when the amount of energy extracted from the diet equals the amount used, maintaining equilibrium. Over the course of evolution, animals have developed a smart strategy to protect energy reservoirs by forming fatty adipose tissue. However, once energy-dense foods erupted in western countries, we began to over-accumulate and over-stimulate this energy, which can result in obesity. It has been found that multiple factors, such as genetics, diet, sedentary lifestyle, or hormonal imbalance, may contribute to the development of and progression of obesity. In addition, recent scientific findings bring to light the role of the gut microbiota and its influence on fat storage, glucose blood levels, or hormonal expression. Obesity and type 2 diabetes are characterized, among other features, by low-grade inflammation and alterations in intestinal permeability, called leaky gut. Inflammation is considered a significant obesity component.

Some obesity facts to digest

World Health Organization (WHO) recognizes the problem of a global obesity epidemic. Though once associated with high-income countries, it is now found across low- and middle-income populations. It strikes young and old, wealthy and poor. Overweight children are at higher risk to become obese adults and develop diabetes.

As a consequence, there is a worldwide increase in the prevalence of obesity-associated diseases, such as insulin resistance, hypertension, type 2 diabetes, cardiovascular disease, end-stage renal disease, and non-alcoholic fatty liver disease. Diabetes mellitus (DM) affects about 347 million people worldwide.

An interplay between obesity and inflammation

Inflammation is a key component of obesity-associated diseases. Higher levels of certain inflammatory markers have been found in obese individuals. Some of the inflammatory markers include C-reactive protein, erythrocyte sedimentation rate, inflammatory cytokines, and plasminogen-activator inhibitor 1. However, connecting the dots between obesity, inflammation and the risk of disease remains to be unknown. Scientists are trying to put the obesity puzzle pieces together by studying the complex network of gut microbiota (microorganisms), the intestinal lining (mucosa), and the gut-associated lymphoid tissue. Below you will find the latest findings in this field of research.

Obesity and the intestinal microbiota

Our intestinal tract harbors between 500 — 1000 microbial species and this microbial population is commonly called the gut microbiota. There are three dominant bacterial phyla; Bacteroidetes ( eg. Bacteriodes spp), Firmicutes (eg, Bacillus and Clostridium spp), and Actinobacteria (eg. Bifidobacterium spp). These gut microbes are involved in energy metabolism and therefore are important to consider when talking about obesity. Very interesting results were found from animal studies, with germ-free mice having lower body mass and body fat in comparison to germ-inhabited, or “normal” mice. Moreover, transplantation of “normal” microbiota to germ-free mice led to normal bodyweight found in germ-inhabited mice. Even more interesting were the findings of the microbial transplant performed from obese mice to germ-free mice; for whom an increased fat mass was recorded. Further animal studies indicated that the bodyweight can be partly determined by the gut microbiota as well as by the diet.

Human studies looking at the gut microorganisms of obese and lean individuals reveal that lean humans and animals have different microbial gut composition than the obese ones, with a lower microbial diversity in obese subjects. More specifically, some obese individuals, in comparison to lean individuals, were shown to have higher relative abundance of bacterial Firmicutes species with lower relative abundance of Bactoroidetes bacteria. Contrary to obese people, lean people tend to have higher diversity of microbial species in their gut and are often found to have more microbial life of Bacteroidetes bacteria, which utilize plant polysaccharides as a source of energy. Other studies, however, showed conflicting results or no significant difference in the microbial gut composition, but did show greater diversity in lean individuals. There is some controversy around the Firmicutes/Bacteroidetes ratio as an obesity or obesity-risk indicator. For example, my gut microbial fingerprint (sample analysis done by uBiome) showed relative high abundance of Firmicutes, characteristic for obese individuals, but I am a lean person. We know however, that the composition, such as low diversity, of the gut microbiota early in life may predict the subsequent development of obesity or being overweight. Interestingly, there is a bacterium called Akkermansia muciniphila that resides in mucus layer of human intestinal lining which tends to be less abundant in obese individuals. Several studies have indicated its potential in reducing inflammation and therefore possibly protecting against the development of obesity and type 2 diabetes.

Our food shapes the composition of our microbial gut companions

There are studies looking at the effect of diet on the microbial gut fingerprint. For example, increased daily caloric intake (2400 kcal vs 3400 kcal with similar macronutrient intake ratios) resulted, after only 3 days, in greater abundance of Firmicutes and lower abundance of Bacteriodetes. Another study investigating the impact of high-fat diet recorded the gut microbiome changes as early as one day after a new diet initiation. Low- or high-carbohydrate, high-protein, plant- or animal-based, high- or low-fat — all different diets influence and modulate, in  a more or less favorable way, the gut microbiome.

The appetite regulation by a hunger stimulating hormone, ghrelin, has been shown to be influenced by presence or absence of Helicobacter pylori. Some studies indicated that H. pylori eradication was linked to increased ghrelin levels, which could perhaps explain increased appetite and weight gain following H. pylori eradication. Western populations have largely eradicated this bacterium from their lives — could this also contribute to obesity? And what about the effect of antibiotic use on weight gain in humans and livestock? It should not be underestimated when facing a global obesity epidemic.

Let's talk for a moment about the intestinal permeability (leaky gut) and short-chain fatty acids. Although their role in obesity specifically is not yet entirely clear, they certainly are of importance. For more information about the intestinal permeability, please check my article on a leaky gut. Noteworthy, when dealing with a leaky gut, gut-derived metabolic endotoxaemia may occur, which can increase the risks of obesity associated-diseases, such as cardiovascular disease or type 2 diabetes. Metabolic endotoxaemia, also called circulating endotoxin, takes place when increased concentrations of bacterial (Gram-negative) endotoxin, also called lipopolysaccharides (LPS), enter the blood as a result of impaired epithelial tight junctions with an increased intestinal permeability (leaky gut). LPS also circulates, at low concentrations, in the blood of healthy individuals. Chronic bacterial translocation, resulting in circulating LPS due to increased intestinal permeability, may trigger inflammation and an immune response, causing a persistent low-grade inflammation typically found in obese individuals. In animals and humans, consumption of high-fat foods was shown to result in increased levels of endotoxins (LPS) in the blood and an altered composition of the gut microbiota.

A few words about short-chain fatty acids (butyrate, acetate, and propionate): they are produced by bacterial fermentation of non-digestible dietary fiber, largely in our colon. They, mainly butyrate, support the intestinal lining integrity, serve as the energy source for colon epithelial cells, increase fluid and electrolyte uptake, promote blood flow and the secretion of gut hormones, stimulate mucin release, and exert profound immunometabolic effects. For example, butyrate-producing bacteria, Roseburia intestinalis and Faecalibacterium prausnitzii, are present at lower concentrations in individuals with type 2 diabetes than in healthy individuals.

What about the Fecal Microbial Transplantation (FMT)?

More and more fecal microbial transplants are performed, typically in individuals suffering from Clostridium difficile infection. A small-scale fecal microbial transplant study was conducted with lean male donor in insulin-resistant males with metabolic syndrome. As a result, there was a significant improvement in insulin sensitivity and increased intestinal microbial diversity, with more butyrate-producing bacterial strains, such as Roseburia. These results are promising, but we need more studies to have a better understanding of the ability to control the process and avoid possible unwanted effects of FMT.

Metabolic diseases are caused by multiple factors, such as high consumption of energy-rich foods, limited physical activity, age, or genetic factors. There is a growing array of interesting findings regarding the gut microbiota in obesity and obesity-related diseases. Yet, the controversy persists as to what degree gut microorganisms contribute to obesity. I think the complexity of the microbiota and its interaction with its host makes it very challenging to get clear answers. However, there is certainly an interplay between the gut microbiota, intestinal permeability, diet, and the immune system that shapes the development and progression of obesity and obesity-associated diseases, including type 2 diabetes. Manipulation of the intestinal microbes, by dietary changes, prebiotics, probiotics, or the more radical methods of fecal microbial transplant (FMT) or Roux-en-Y gastric bypass may serve as supportive avenues to obesity management.

“Impact of the Gut Microbiota on the Development of Obesity: Current Concepts.” DiBiase et al, Am J Gastroenterol Suppl 2012; 1:22-27.

PreviousIs your gut leaky?
NextDo you react to foods?